We need your urgent help to protect upland falconry in Scotland 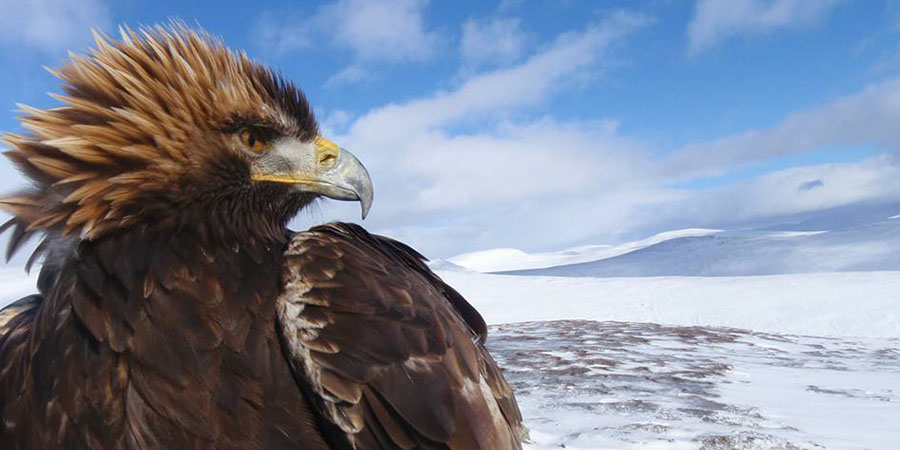 We are calling on the Scottish Parliament to urge the Scottish Government to amend the Animals and Wildlife Act 2020 to allow mountain hares to be hunted for the purposes of falconry.


Why is this important?

The heritage art of falconry has been practiced around the world for at least 4000 years and is recognised by UNESCO as an intangible cultural heritage of humanity. The wider concept of falconry has many disciplines within its scope, and these are in many ways controlled by both the species of bird of prey being flown, and the land that you have permission to fly it over. 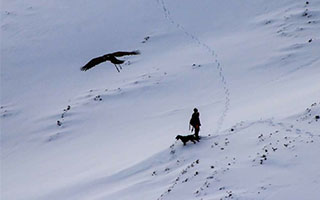 For example, the spectacular Golden Eagle, one of only two species of eagle native to Scotland, needs extraordinarily vast, wide open spaces to be allowed to express itself and its flying style in a natural way.

To be conducive to the very high soaring flight in strong winds and among its natural home of the mountains, vast mountainous regions are where this bird can be flown at its very best. Bouncing backwards and forwards in field is really not what this species has evolved for millions of years to do.

Eagles are apex predators, and the result of flying them in these areas is that they will hunt their natural quarry. In the Scottish mountains, that quarry base is the mountain hare (Lepus Timidus), that has evolved side by side with eagles for millions of years. The predator will be successful in its attempt at hunting hares just frequently enough to survive, and the hare almost always evades the predator, assuring its survival and the proliferation of the species.

People and falconers travel to Scotland from around the country and the world to witness this age-old wild dynamic play out in front of them. 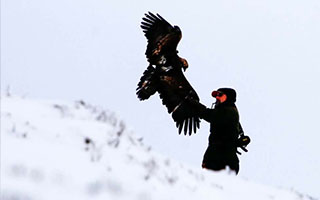 A captive bred Golden Eagle, enjoying the safety net of Veterinary care when illness or injury arises (that would likely lead to the death of its wild counterpart) can live to 50 years old.

Many, if not most, in this country are bred, kept and trained with the ultimate aim to be flown over those high mountains each winter, and perhaps catch a mountain hare. 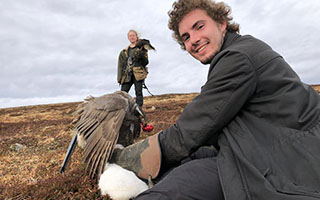 In doing so, it fully expresses its nature and purpose and helps to keep the eagle stimulated, balanced, and ensures that it is a better contributor to captive breeding projects – It fully understands that it is an eagle and not an ornament.

Why will changes in legislation affect falconers?

New legislation comes in to force on March the 1st (with no mechanism for licensing), that makes it illegal for these birds with their falconers to continue to exhibit their natural instincts and behaviour within the reasonable framework of the law and principles of sustainable hunting as they have through time immemorial. The sustainable use of wild species is a key and proven strategy upheld by the International Union for the Conservation of Nature (IUCN) in order to promote the preservation and restoration of endangered species.

The purpose of the legislation was to prevent mass culls of tens of thousands of hares in Scotland each year on organised shoots. This petition is NOT aimed at this, rather its aim is to allow the continued practice of falconry in Scotland and her mountainous places, without risk of prosecution. 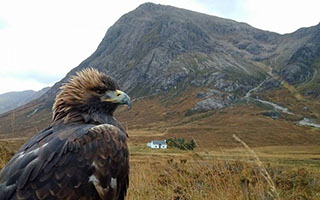 It seems unfair and unjustifiable that a piece of legislation brought into law to address a totally different issue, has the side effect of making the sustainable and legitimate branch of falconry illegal.

Unaddressed, this legislation will condemn hundreds upon hundreds of trained birds of prey to enclosed aviaries for the rest of their long lives, and therefore, I believe, presents an intolerable animal welfare issue of itself which the government does not appear to have anticipated.

It will end the dreams of hundreds of falconers and rob us of our heritage and right to properly fly our birds.

Who else will be affected?

Business too will suffer. Substantial fees are paid by falconers to rent ranges to fly over, cottages to stay in, restaurants to eat in etc. Film and production companies come to Scotland to film this wild behaviour (using trained birds of prey so wild eagles are not disturbed) for movies, documentaries and science. 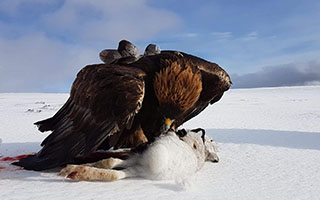 The filming and broadcast of natural history documentaries showcasing the natural hunting behaviour of eagles and other birds of prey in Scotland is key to helping both a whole generation of youths and the public as a whole to value, cherish and understand nature.

Additionally, such filming of eagles and other birds of prey hunting in their native habitat portrays some of Scotland's most unique and beautiful facets and thus contributes to the promotion of the truly unique ecological heritage of Scotland to a domestic and international audience. These film makers will now have to go elsewhere and thus promote other destinations.

Falconry based companies eke out an income during their lean winters by taking guests out to see this amazing spectacle. Those companies' futures are jeopardised by the sudden and unjustified loss of income and trade.

Finally, licences are to be made available to land owners to shoot the hares in a bid to protect habitat, crops and forestry. Currently, many estates do not shoot hares to ensure there is a realistic population to attract falconers trade to their doors. If falconry is to be lost as a legitimate pastime in the mountains, I believe, the hares will almost certainly be shot on many estates in far greater numbers than would be accounted for in falconry.

Author of the petition. A lifelong follower of falconry, and actively flying birds for over 30 years.

This petition requests an amendment to the legislation, exempting the taking of mountain hares in the practice of Falconry.

Help us preserve this heritage. 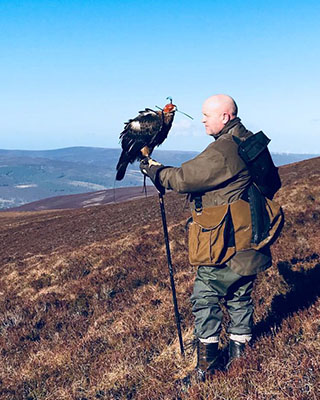 To discover more about falconry and its work with conservation, follow one of the links below: