An Introduction To Hacking 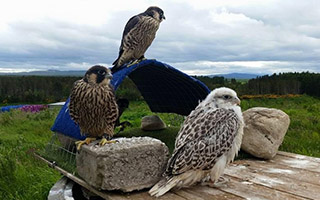 How does it work?

Hacking involves the release of young falcons at approximately 35 days old. At this age they are still yet to have left the nest. This allows the young falcons to take stock of their surroundings before attempting their first free flight.

A typical hack period lasts around 3 weeks, with the falcons being brought back in before their natural instinct to wander and start hunting takes over.

Hacking has a massive advantage for the young falcons over others bred in captivity. Hacking mimics the same development process of wild birds of prey. Hacked birds have more open space to stretch their wings and practice developing their aerial abilities.

Young birds will often naturally chase each other as part of their learning. This also helps them begin to build fitness, stamina and hunting skills - as would their wild counterparts at a similar stage. 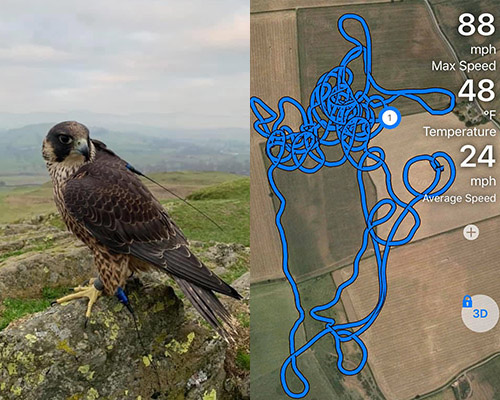 What precautions are taken to ensure these birds are not lost?

All hacked falcons are fitted with GPS and radio transmitters to ensure the people looking after them know exactly where they are at all times.

Modern day GPS systems have been specially designed for falconers. They allow for data to be collated to show flying development and patterns of behaviour. This means that action can be taken before the hack birds begin to stray too far.

What are the risks to other wildlife?

The risk to other wildlife is thought to be pretty slim (certainly in comparison to the domestic cat - one UK study found cats to kill 100 million animals per year, 27 millions of these being birds). Hacking of falcons generally only occurs during the months of June – August, as the breeding season comes to a close for any wild species that are likely to be affected.

In addition, the hacked falcons are given plenty of food, which supresses their need to hunt for food and encourages them to stay around the hack station. At the first sign of hunting hacked hawks are trapped back to prevent any risk of their loss.

How many licences were issued?

Last year Scottish Natural Heritage issued licences for a total of 250 gyr falcons to be hacked. This number was limited to no more than 40 falcons to be out at one time. All birds were successfully recovered. 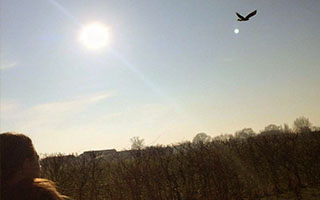 Falconers have an intricate relationship with their birds. We understand what is required for them to be able to hunt successfully. We know that flying a bird which has had a period of inactivity, straight out of an aviary, onto prey will have limited hunting success - due to lack of fitness and condition. This also applies to young birds with no hunting experience who have yet to perfect their skills.

For a falconry bird, even if they fail, the falconer will always make sure the dietary needs of their bird are provided for. The more the bird is flown the more its' fitness builds and the more skills it will learn.

The same applies to wild birds of prey that have been injured, or young birds that have found themselves being reared in captivity, perhaps having fallen from a nest. Some rescue centres, who have little understanding of birds of prey, often just release them once fledged. 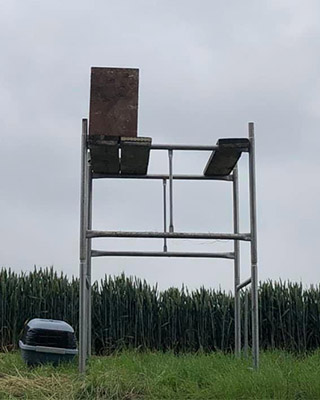 However, these birds do not have the tools needed for survival. With every unsuccessful hunting attempt valuable energy is expended, forcing the body to burn its own reserves to meet energy demands. As reserves dwindle, the bird becomes weaker until it cannot even attempt to hunt. Unfortunately that bird will starve to death.

Hacking is one method falconers utilise to ensure the success of rehabbed wild birds of prey. These birds are introduced to an area in a confined pen or aviary in which they are fed for a period of time. This teaches the birds that in that pen or area, food will be readily available for them.

Once the birds are released, they are free to come and go as they please. However, they know they can return as often as they need for food. Food is provided as often as the birds return to take it, no matter how long this may be. 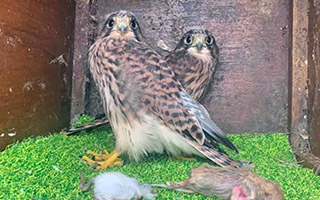 Hacking may not be appropriate for all rehab birds of prey. Factors such as age and species need to be considered, as in some cases traditional falconry training is more suitable.

Hacking is a much kinder and more effective way of introducing them back to wild. It gives birds a chance to build their fitness and hone in their hunting skills before finding their independence once again...