In my experience of the falconry community, there is only one thing that is guaranteed. That is when someone acquires a new hawk they will, within a very short period of time be met with the words "nice, what weight?".

The word hawk is used in this article to describe any raptor;
be they male or female, hawk, falcon, eagle or otherwise.

I often wonder the fascination with weights of other hawks. I barely have in interest in my own hawks weight other than to suggest that their performance will be what I expect of them, and that no dramatic weight loss has been observed (A telling sign of underlying illness). 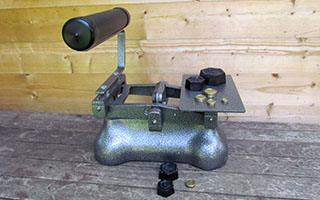 So why are people so concerned about the weight of others' hawks:

I would like to think it was the latter, but in my opinion I have seen a LOT of people advising reduction of a hawk's weight, that have limited knowledge of the circumstances of training, time spent, ability or one of the 1000s of factors that can effect the correct weight of a hawk.

In basic terms, a hawk has several weights that a falconer is interested in finding. In my opinion, and it is just that, my opinion (not fact, not gospel, not set in stone or the only way to do it), these are naturally found during the process of initial training, and in subsequent seasons when the hawk is reclaimed (a re-training process) after the moult (the renewal of feathers over the "off season" / summer). While some of the weights may be skipped after subsequent moults, during initial training the different weights serve to ensure that a hawk is gradually reduced in weight by healthy reduction and not "dropped" to quickly. Afterall, a falconer is looking to keep his hawk in peak condition - much like an athelete. 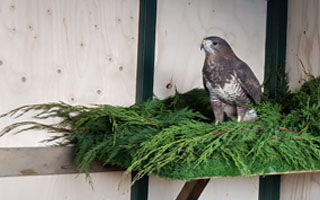 This is the weight a hawk is when it comes out of its chamber / pen / aviary for either initial training or re-claiming after the moult. For a young hawk this will usually be the heaviest it will be for that season as it will have been provided as much food as it can eat in order to develop well. Depending on the size of the chamber / pen / aviary, it will not be as fit as an older falconry hawk.

This is the base weight that a falconer uses to begin training or re-claiming their hawk. 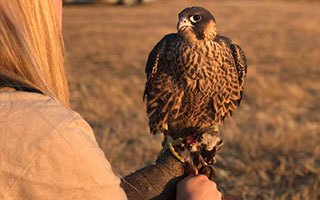 This is the weight when the hawk overcomes its reluctance to accept food from a human; either on the glove or with the falconer in very close proximity depending on species. This weight is only generally found once during initial training and is found through gradual weight reduction while "manning". (Handling the hawk in a quiet environment to ensure that the process is a positive experience with the best chance of success).

After a hawk has eaten from the glove or close by, then subsequent training sessions can begin. In reclaiming years this is usually skipped. The hawk should in no way be starved into submission as this is counter-productive to the long term partnership between hawk and falconer. Its weight is gradually reduced so it accepts human company as a positive and accepts the human as a positive in its life. 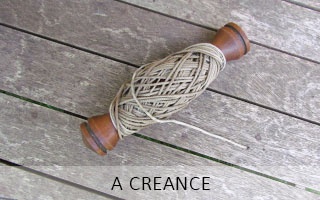 At this weight, the hawk is happy to feed off the glove or close to the falconer, so it is now going to be asked to jump ever increasing distances on a creance (a long training line that acts a safety net for a hawk who has been misjudged in its reaction). Generally, this short period will be the lowest weight the hawk is.

It is once again the falconers responsibility to make sure that the hawk is undergoing positive reinforcement by approaching the falconer for food, over ever increasing distances. I cannot deny that starving a hawk to this would work, however, it will not result in a well-rounded hawk that will come because it feels comfortable in doing so. I will aim to cover this attitude later.

During this time a swung or dragged lure (dummy of the prey that the raptor usually hunts, either dragged across the ground or swung in the air to simulate a chase) may also be introduced. This is the area where starving a hawk simply will not work. You are asking a hawk to do something once again that is against its natural reactions - to catch its "prey" and sit on it and eat while you "make in" (the process of approaching a hawk on its lure / quarry, to assist and swap in order for another flight ). 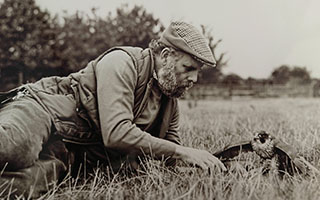 With a lure, this will often be "caught" in the wide-open space you are flying in and you are asking a hawk to sit in the open field. Any wild raptor will take its prey to a secluded area (shrubbery, bushes, copse etc..) to ensure that it is not left in a vulnerable state while feeding. They wish to avoid other predators that could either steal the food or kill the hawk for its prize.

This is where the trust and respect come in from a well-rounded hawk as opposed to a fast weight reduction. A hawk that accepts you as something positive in its life, and understands that you have never been a threat, will accept your approach and more often than not, continue to do so when you begin hunting the real thing if you choose that path. 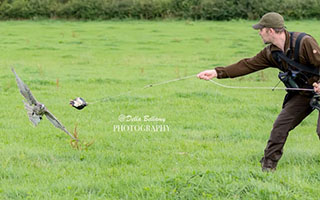 As the flying and training continues, a hawk's weight will continue to rise as the fat is burned off and the hawk's muscle builds. It is now getting used to what is asked of it, and its fitness is increasing. This is where weight control gets interesting as there is now a choice to make - do I want to continue with the "pleasure" flights, or do I hunt? Fact of the matter is, there is no adjustment needed to either.

A hawk being flown daily for fitness will happily hunt at the same weight if you leave it an hour after you usually fly them.Try it, appetite is a great thing for a hawk conditioned to fly regularly at a certain time of the day. I take 2 weeks off my full time job when I have a new hawk who is at flying weight. I can then fly on appetite alone as opposed to reducing weight, by flying them an hour later each day. They are getting as much food as usual, but they are hungry and that brings out the hunting instinct in a hawk.

Again, this could be achieved by withholding food, but it is far more beneficial to the partnership and trust to give as much food as I would do normally, but later in the day. Repetition and consistency is the key. Hawks gain confidence in routines. 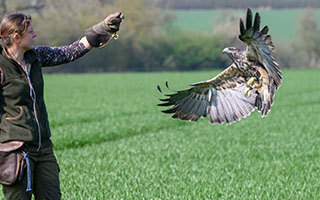 My comparison to explain the training of hawks... 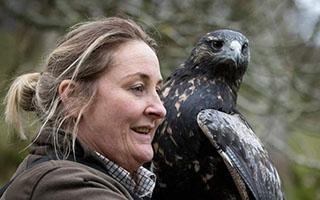 Daily diaries are kept for each bird, where the falconer records detailed information about them.

This allows a falconer to record weight changes, assess food intake, changes in diet, performance and behaviour patterns to ensure the hawk remains healthy both physically and mentally.