The Yellow Billed Kite - how misclassification could affect a species

The definition of falconry is the hunting of wild animals in their natural state and habitat, by means of a trained bird of prey. The skills learnt by falconers over 1000s of years have become vital to conservation efforts, which is becoming more important now than ever before. 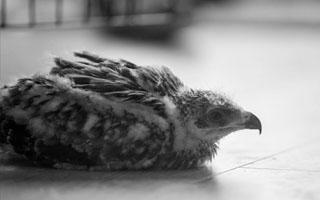 Education goes a long way in conservation, and personally, this is what my birds' job is. Rather than hunting, my birds are flown in the display falconry environment, as ambassadors for the species. One of my display birds is Wilbur, the Yellow Billed Kite (YBK) Milvus aegyptius.

Kites are a fascinating species. They have an extremely light wing loading, meaning their huge wings require little work to push their small, light body high into the sky. YBK are an African species and can be found commonly in both rural and urban environments throughout most of sub-Saharan Africa. They have a wide variety of diet including insects, small mammals, lizards and carrion. Their small feet and lightweight body mean the kites can't take down large prey so this is why they often scavenge instead.

Search 'Kite' on the IUCN (International Union for the Conservation of Nature) Red List and 44 results show. In these 44 results, the YBK does not appear. This is because for a long time the YBK was believed to be a subspecies of the Black Kite (BK). A genetic study 'Prioritising species conservation: Does the Cape Verde kite exist?' published in 2005 found that YBK are as genetically distant to BK as BK are to Red Kites. The study also found that not only are the YBK misidentified as BK, but the Australian Whistling Kite was also misidentified as BK. 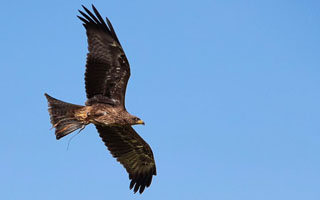 It is now believed that YBK are a product of geographical speciation. This is where a change in the geography, the introduction of a body of water, the formation of mountains, etc., splits a species into separated groups. These groups then undergo different environmental pressures causing them to evolve in different ways. This continues until the genes of the two groups have diverged so much that they could not breed with one another. YBK have diverged from their Eurasian counterpart so much that there are now at least two subspecies of the YBK. Despite the genetic evidence presented, the YBK is still classed as BK.

On my paperwork for Wilbur it states he is a BK! If you search BK on the IUCN Red List it shows there may be up to 2,499,999 mature individuals. This figure comfortably puts the BK in the 'Least Concern (LC)' conservation status. And this is where we begin to run into issues...

A paper published in 2018 'Raptor population trends in northern Botswana: A re-survey of road transects after 20 years' repeated transects for raptors across 20,712km. This was compared to data first collected from 1991-1995. The data showed changes in numbers for 29 species of raptor. YBK where included in the study. The study found that YBK have decreased 28% in numbers in the last 20 years. Looking at the results of the study, a 28% decrease is minimal compared to species such as the Lesser Kestrel Falco naumanni that showed a 96% decrease. Interestingly only 3 species showed an increase, 2 of which are both snake eagles - as their name suggests they have a diet primarily of snakes.

As YBK often scavenge for food they appear to be falling under the same threat as the tragic vulture decline. Thousands of vultures are falling victim to poisoning through a drug called diclofenac used in veterinary medicines for cattle. This drug is toxic to birds and has taken a devastating toll on vultures, but that is a topic for another day. The study collected data from all areas including protected nature reserves and found that numbers are falling in all areas. This shows that climate change is also having an effect on the YBK populations.

And so, that takes us back to the issue of YBK being classed as BK. There is evidence to support the fact YBK numbers are in decline due to poisoning in Africa and climate change. The BK are not posed by the same threats, and therefore numbers are in abundance. If the study was not done then how would we even know about the decline of YBK. 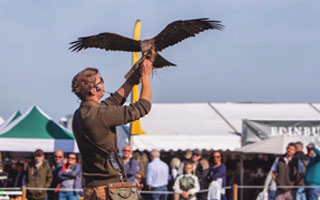 Would we have to watch as their numbers plummet like vultures, all the while classed as 'Least Concern' because the BK are doing fine? This is not ok with me. The reason I am writing this article is to make sure everyone else is aware, this shows issues with how we classify our animals, how veterinary medicines affect ecosystems, and how climate change is affecting every ecosystem the earth has to offer.

Unless we continue to educate ourselves on these issues, how would we even know anything is wrong?

All of this is why I'm proud to be a display falconer. I may not fit into the original falconry definition, but if I can use my birds to educate people and bring awareness, well then, I am happy to carry that title.