Rescuing, rehabbing and releasing a wild juvenile peregrine in Yorkshire

A member of the public had picked him up on 8th June under a large pylon nest site not far from Ferrybridge power station near Leeds after heavy rainstorms. There were three chicks in this nest; a bigger female, which successfully fledged from the site and two smaller males. The smallest male was sadly dead on the pylon; however, the other male had fallen to the ground completely wet through.

The Rehab collected the stranded bird from the individual who found him, and sent him straight to Battleflatts Veterinary Surgery for emergency fluids and warmth. After initial treatment at the surgery, he was then placed into the rehabilitation centre for further care and treatment. 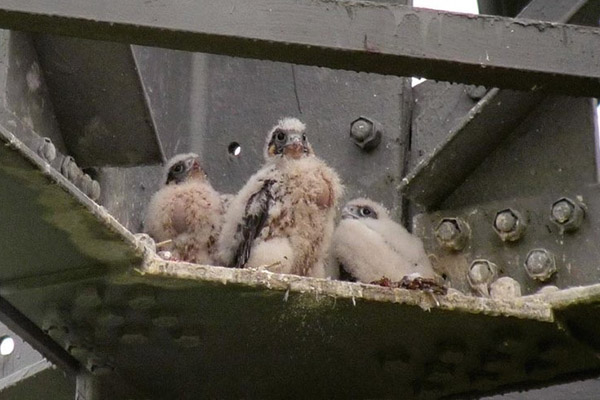 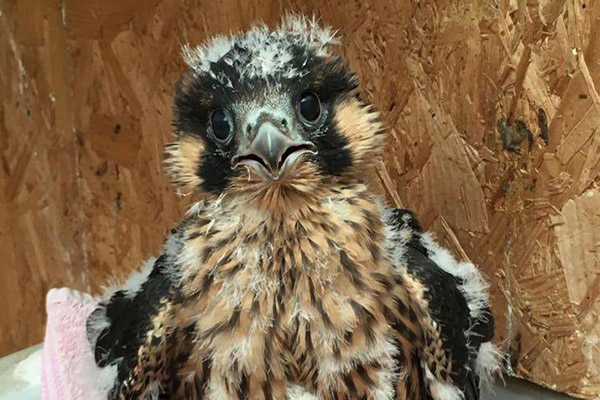 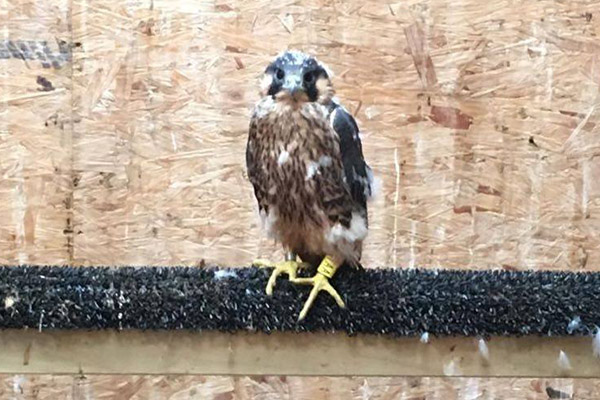 The young tiercel grew up quickly, and soon started to fly in an aviary. It was around this time the rescue centre workers thought the time would be right to return him to the nest on 19th June, where the parents and the sibling female were still around, so he could then be under the watchful eye of his parents to learn how to hunt and hopefully successfully fledge as nature intended. 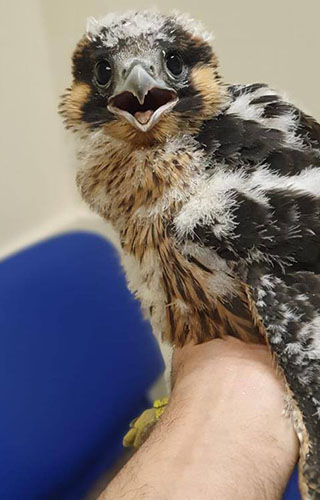 However, upon release, it was quickly noted he was flying very close to the ground. He was returned to Battleflatts Veterinary Surgery, who upon further examination and x-rays noticed a small healing fracture to the collarbone. Lots more rest followed, after which the NCBP agreed to take this young tiercel to develop his fitness using free-flight falconry techniques prior to his final release. Building fitness before re-release is vital to give a bird of prey any chance of survival or they will simply not have the energy to hunt for themselves.

Finally, on 5th October, the young tiercel was finally ready to fly free again on his own! He was released to the south east of York, in a carefully selected habitat where he would have chance to thrive.

For me personally, my involvement with training this bird with my other colleagues has been both a rewarding and exhilarating experience. It took a lot of patience and careful planning to get his training programme just right. His feisty character quickly came through, so I hope right now he’s out hunting and prospering right here in Yorkshire after being given a second chance.


This tiercel's story revealed to me just how much falconry and its techniques are very much still required in our society. With the right people and knowledge involved we can assist the wild populations of birds of prey flourish. Bird of prey centres like the NCBP exist to help keep the pursuit of falconry in the UK alive - we try to connect the public to how inspiring it can be to work with birds of prey, share the skies and keep our wild raptors thriving in the UK for all to enjoy.

Sarah is a falconer at the National Centre For Birds Of Prey.