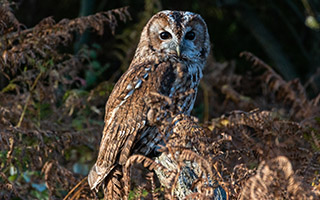 People love animals. We are altruistic and many of us would rather help an animal than another human1. When faced with what we suspect is an orphaned baby animal, it can be tempting to pick it up and hand rear it for release later.

Humans have a tendency to think they can offer the best care. Whilst we always have the animal's best interests at heart, we can often cause detriment to the individual animal and, on mass scale, whole ecosystems.
So consider the tawny owl...

The tawny owl is a non-migratory nocturnal british owl, famed for its distinct "to-whit, to-whoo" noise. With a round facial disc, brown eyes and mottled brown, grey and orange feathers, these mid sized owls are often sighted at night in farmland and woodland (although they have been spotted in urban and suburban areas2). Breeding tawny owls lay their eggs around mid march, and their eggs hatch 30 days later, with an average brood size of 2 chicks3. 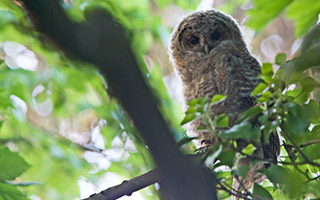 When tawny owl chicks are 25-30 days old they begin 'Branching'4. Branching occurs in the period where a chick will leave the nest, but is incapable of flight, so has not fledged. The chicks can easily climb up a vertical tree trunk using their feet and beaks. Rather often, these chicks fall and end up on the floor. They will usually clamber into some bushes, before fluttering and climbing back up towards the nest5. Don't worry, their parents will still feed them while they learn.

Many people come across owls in this situation and assume the worst- an orphaned, vulnerable chick left on the floor. They have a strong desire to take it in order to help it. This can unfortunately lead to problems- most of us are not equipped to safely rear an owl to fledging age, in good health and without it forming unhealthy human reliances or bonds. Furthermore, these chicks do not need our help and should be left alone.

If you find a tawny owl chick, these are the steps you should take6.

These actions will give the chick the best chance of survival. If you are stuck, or unsure, call your local vet, rehabber or falconer who can advise and help you make the right choice.

Remember, if you care, leave it there! 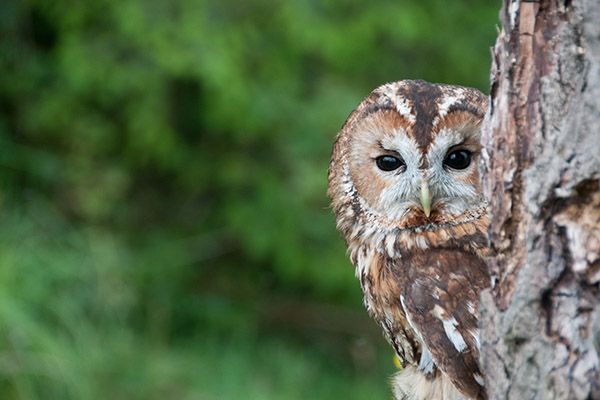 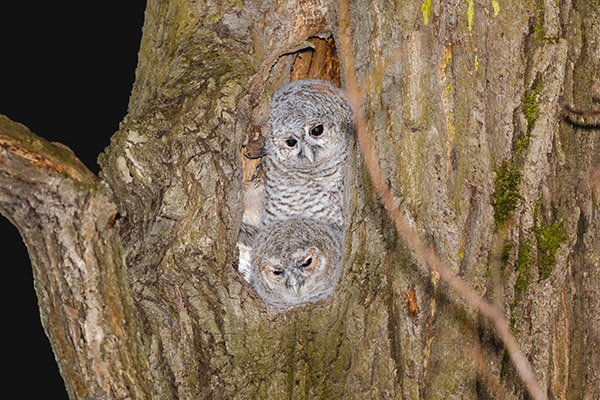 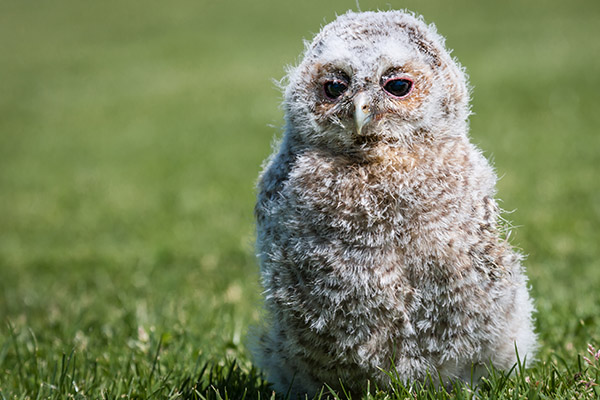