Project Lugger was founded in May of 2017 and in a very short time has progressed to becoming a registered UK charity with 14 different bird of prey centres cooperating within the UK, and several others in France, Germany, Belgium, Portugal, Italy and Holland also taking an active part. 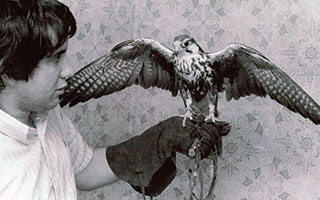 In the 1960s and 70s the Lugger Falcon (Falco jugger) was considered the ideal larger falcon for the beginner along with its African counterpart, the Lanner Falcon (Falco biarmicus). During this period wild take was very much a part of falconry life and passage and haggard Luggers were imported from Pakistan and India in significant numbers.

At that time the Lugger population in the wild was well in excess of 100,00 and accordingly one or two hundred individuals making their way to Europe each year simply had no detrimental effect on the overall population whatsoever. In 1972 the wildlife laws in the UK changed and this coincided with India curbing the export of wild taken raptors. These two completely warranted changes seriously curtailed the importation of wild taken raptors and within a few short years there were no wild taken Luggers finding their way to the UK at all.

With the availability of wild taken raptors seriously curtailed attention was turned towards the domestic production of raptors with Peregrines, Sakers, Goshawks and Merlins being the species concentrated on in the main. Consequently many species such as Luggers and Red Headed Merlins, which previously had been readily available at relevant low prices, suddenly disappeared effectively from the market place. Accordingly Lugger Falcons, Red Headed Merlins and other species previously imported freely from Asia started to become scarce. But from the European falconers' point of view these shortfalls were now being filled with domestically produced Merlins, Peregrines, Lanners and Sakers so the void was of little consequence to them. 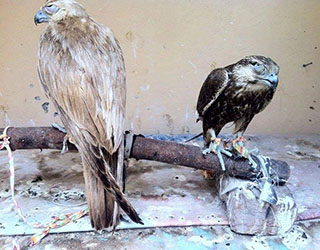 However in the wild it was a very different story. The demand for wild taken Peregrines and Sakers in the Middle Eastern market grew and therefore the demand for Luggers for "Barak" (live bait with which to catch their larger and more powerful cousins) increased expontentially. Also because of the high prices obtained for the wild taken falcons the need for positive results when trapping increased and the way in which Luggers were, and in fact still are, used as "Barak" changed dramatically. Up until the late nineteen seventies perhaps one to two hundred Luggers a year were taken from the wild for use as "Barak" and of these around ninety-five per cent would be returned to the wild relatively unharmed at the end of the trapping season. However late seventies early eighties saw a massive change in not only how the Lugger was used to catch other falcons but also the sheer numbers being taken from the wild. In the Choliston region of Pakistan alone it is estimated that around two thousand Luggers a year are being trapped to use as "Barak". With the changing methods of use, none survive the ordeal and overall process. This massive annual drain simply cannot continue if the Lugger is to survive. 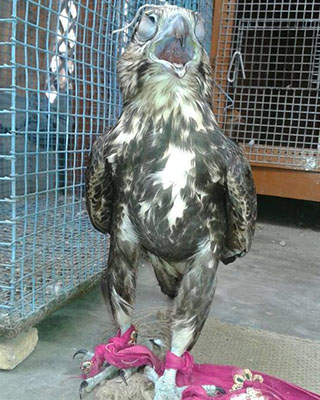 Another very major contributing factor leading to the decline of the Lugger in the wild is the huge losses being inflicted on its primary food source. Particularly in the traditional breeding areas of the Lugger. Here the principal food is the Spiny Tailed Lizard, and these are now being caught and killed wholesale for use in traditional medicine within India and Pakistan. The belief is if you boil one of these Lizards and retain the grease and fat obtained these two potions will cure everything from impotency to cancer, migraine to arthritis. Easy for a westerner to dismiss it as the rubbish it most certainly is but not so easy to dismiss from the mind of a remote villager with no access to medical help and without the funds to pay for it even if it was available.

The situation with increased and far more deadly "Barak" usage, combined with primary food source loss, the continued use of DDT based pesticides in India and Pakistan, as well as human encroachment, loss of traditional breeding grounds has all meant that the Lugger Falcon has declined and declined very dramatically. Optimistic population estimates put the wild numbers of Lugger Falcons at somewhere around the twelve thousand mark. A decrease of almost ninety per cent in the last fifty years. If the species were a more iconic one, such as a Peregrine or Saker, the world would be clamouring in their efforts to save it, instead of the sitting back watching it slipping away. 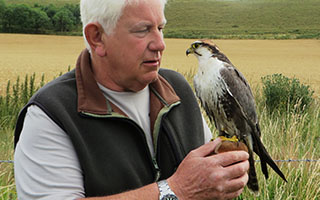 After much deliberation Bob Dalton, a falconer for over fifty years, decided to start Project Lugger and see if, even on a small scale, something positive could be done towards conserving the Lugger Falcon. The response amongst fellow falconers, both here and abroad, was quite simply amazing.

Even national falconry clubs, such as those in Portugal and Egypt happily joined and contributed to the Project. But then of course most falconers are conservationists at heart, many getting involved in rehabilitation work when required, and the desire to help Projects such as that for the Lugger is genuine. The Project currently has several non-falconers in specialist advisory capacities but the drive behind the Project is undoubtedly provided by falconers and the falconry community. 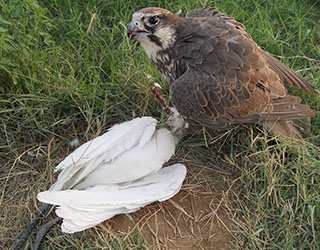 It was decided to tackle the problem on three different fronts. These consisted of establishing a captive breeding project with a wide and diverse as possible gene pool as well as trying to keep an accurate stud book for captive bred Luggers. Educating the public as to the plight of Luggers and what could be done and also attempting to educate trappers in Pakistan to alternative methods of trapping. This led to our own education programme being devised, with the help of the IAF Schools Link Programme, for youngsters in schools here and eventually Pakistan. Lastly raising awareness within the falconry world that the Lugger is most certainly an effective hunting falcon when flown at suitable quarries.

Since its foundation in 2017 the project has gained the backing of the IAF as well as the Hawk Board. It has also pushed on with its work and achieved enough progress that it is now a registered charity here in the UK. Trustees of the charity have visited India to observe Luggers in the wild and make contacts for conservation work.

Bob also recently attended a conference in Pakistan, "Conservation of Raptors in Pakistan" to give a power point presentation on Luggers and the need to start conserving them immediately.

Probably the most encouraging aspect with regards to the outlook for the Project is the way falconers and raptor conservationists have taken the Project to heart and whole heartedly supported it. Various Falconry Clubs now support the Project, not just here in the UK, and such is the respect in which the Project is held that we are currently actively involved in helping two other national Falconry clubs with problems they are experiencing with trafficking in wild taken Lanner and Barbary Falcons.

For more information on the project visit www.projectlugger.com 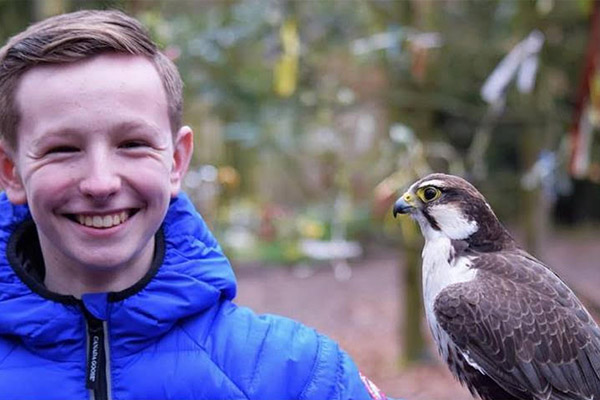 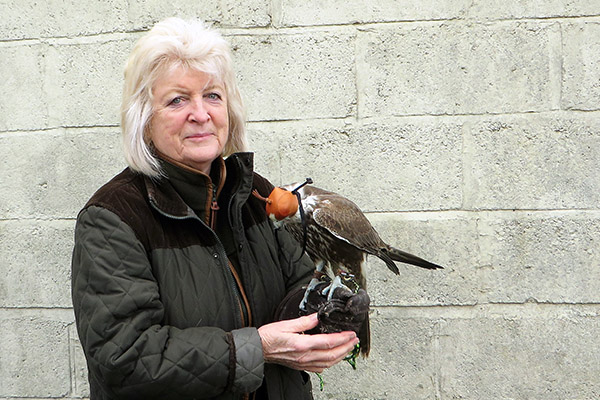 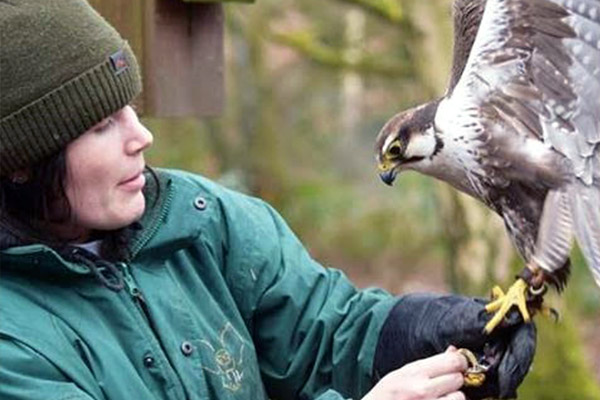